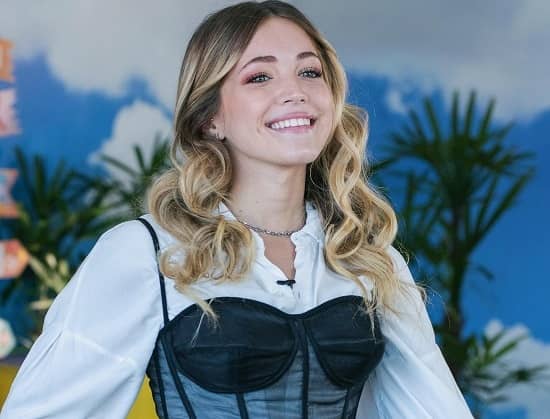 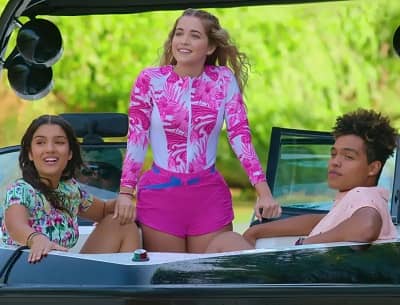 Pilar Pascual, aka Pili (born on April 22, 2001) is a 21-year-old Argentine actress and singer who debuted in 2019 with the TV series “Go! Live Your Way” where she played the role of Mia; it was a comedy-musical drama where Sebastián Mellino filmed Pascual alongside Darcy Rose Byrnes, Olivier Paris, Marley Estrada, and Laine Messier. She is also a trendy singer and has released multiple singles in the past few years.

Recently Pascual has been hovering in the news because season 2 of “Secrets of Summer” landed on Netflix on December 30. FYI the first season of “Cielo Grande” was released in February 2022.

The show’s story starts on a remote Island where Steffi Navarro (lead character), a Wakeboarding world champion, participates in a competition. After reaching there, she realizes that there is some secret her father has. This way, the story has high school drama and a punch of mystery too. 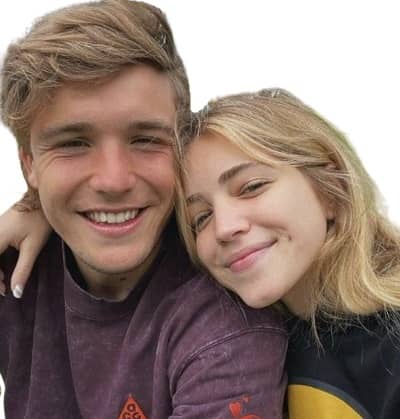 Who is Pilar Pascual’s Boyfriend?

Two years ago, on December 7, 2019, a video came on the internet where Pilar revealed her YouTube channel solely for Q&A sessions and songs. The track has around 500k subscribers who continuously wait for their dear actress’s videos. It is in her personality to treat her fans like family, so she never felt shy about sharing images with the love of her life.

Now, many of you might be wondering who the boyfriend of Pilar Pascual is. So let me tell you that her BF is a famous footballer called Pedro de La Vega who plays as a winger for the team named Lanús. They both are very open about their relationship and spend time with each other whenever they get time from their hectic schedule. 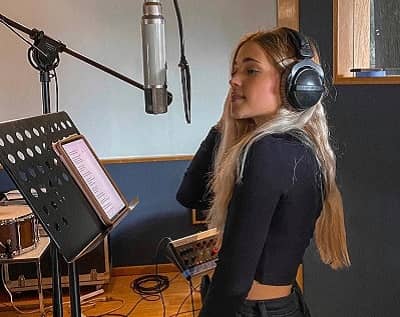 Besides modeling shoots, Pilar worked as a theatre artist for years and polished her skills. In 2019 when Pascual was only 18, she appeared for a casting audition, hoping to land at least a minor role; auditioners loved her performance and picked her for the role of Mia in “Go! Live Your Way,” a Netflix comedy TV series.

The show aired for only one year, and Pilar appeared in 30 episodes. The same year, Pilar debuted in the movie industry with “Go! The Unforgettable Party.” Her popularity reached new heights after her debut, but the cancellation of the reboot of “Go! Live Your Way” was a bummer. Luckily in 2021, Pascual landed the lead role in “Secrets of Summer,” and her acting career gained pace. Pili has a significant fanbase, not only in acting but also in the music industry. Around 240k people listen to her every month on Spotify. Entering this industry became a choice when a desire to become a soloist grew in her mind. Her first single became “No Sé,” but “Ya No Mas” became the most popular, with over 24 Million plays on Spotify. From Where is Pilar Pascual?

On April 22, 2001, Pilar Pascual (age 21) took birth in Neuquén, Argentina. Pilar’s parents and siblings maintain distance from the camera, which is why there is not much information about them, but we learned that at the age of three, the actress moved with her family to Mexico, where her interest and studies in dance, acting, and singing began.

When her mom learned that her daughter wanted to be an actor, she helped her join a local theatre to learn acting; a year later, Pilar also joined dance and music schools because of her interest in the respective fields. According to sources, in 2010, when Pascual was 9, she worked on her first commercial and later on a print commercial. Soon she did multiple modeling jobs, and her career took off.

Ques: Who played Stefania ‘Steffi’ Navarro in “Secrets of Summer”?

Ques: What is Pili Pascual’s nationality?

Ques: How tall is Pilar Pascual?