Fiona Palomo (born on October 12, 1998) is a 23 years old artist from Mexico. She is from a family of famous actors. Her dad Eduardo Palomo was a renowned actor in the Mexican film industry. Fiona recently played a prominent role in Pitipol Ybarra’s comedy movie “¡Qué Despadre!” which got released on February 17, 2022. Another reason Palomo is in the limelight is the third installment of “Control Z,” which was released on Netflix on July 6. Since season one, Palomo has been associated with this high school drama as María. Besides Ana Valeria Becerril playing the lead character, other actors like Michael Ronda, Yankel Stevan, Patricio Gallardo, and Patricia Maqueo have also played prominent parts.

In 2022, on the one side, Palomo is floating in headlines for her appearance in “Control Z,” on the other side, her prominence is touching the sky because recently, Outer Banks Directors added her in Outer Banks Season 3. 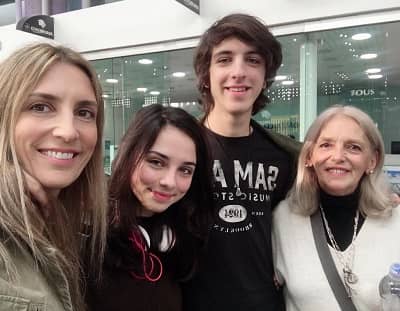 On October 12, 1998, Fiona Palomo (age 23) took birth at her parents’ house in Mexico. Growing up, she watched her father, Eduardo Palomo, and mother, Carina Ricco going to shoots daily, which motivated her to join the acting business. Life was going very well. Fiona was living a happy life with her parents and siblings in Mexico City when a mountain of sorrow broke on the Palomo family. Her father, Eduardo, died prematurely due to a heart attack. It was tough for Fiona’s tender heart to bear the loss of her father, but her mother tried her best to ensure that there was no shortage in the upbringing of her children.

Time passed, and as soon as Fiona turned 15, she entered the acting world. She managed to get a recurring role in the show “Gossip Girl: Acapulco” in the first place. After her first acting job, Palomo managed to impress viewers with her performance, but she wanted to work on her acting skills, so she took five years of training from various acting institutes. In 2018, she returned to the television industry again and rose to fame with the show “Cagney and Lacey.”

2 years later she played a major role in Rosa Clemente Garcia’s “La Negociadora.” Her performance in this show was so impeccable that many people started recognizing her as Waleska Polea, the role she played in this project. 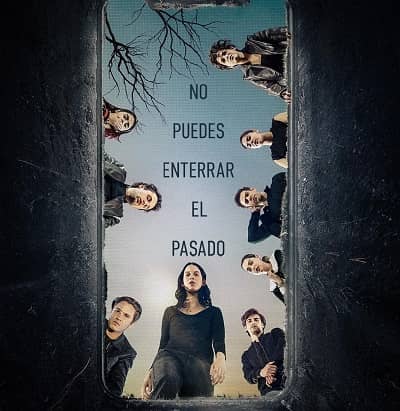 Time passed, and Fiona got good opportunities, the most important of which was the 2020 Netflix show “Control Z,” as this production increased Palomo’s popularity manifold. In 2022, the Mexican actress started her career with the comedy film “¡Qué Despadre!.”

Eduardo was a great actor, and his daughter i.e., Fiona, also wants to become a successful actor like him. At this time, her full attention is on becoming a great actor like her father, due to which she is not in a romantic relationship with anyone. Ques: Who was María in “Control Z”?

Ques: How old is Fiona Palomo?

Ques: What are the names of Fiona Palomo’s parents?

Ques: Who is Fiona Palomo’s boyfriend?

Ans: As per sources, the actress does not have a boyfriend.

Ques: How much is Fiona Palomo’s net worth?

Ques: What is Fiona Palomo’s height?