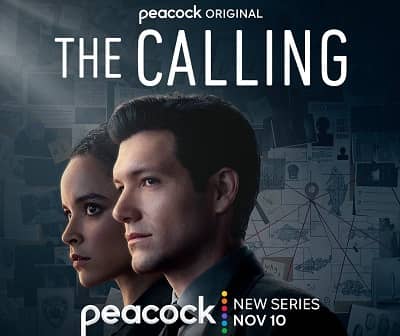 Juliana Canfield (born on February 18, 1992, age: 30) is an American actress who starred in multiple hit movies like “The Assistant,” “On the Rocks” and “Plain Fiction.” Besides films, she also featured in TV shows, including “Amazing Stories” and “Succession.”

In 2022, Juliana catapulted into fame after she starred alongside Jeff Wilbusch in Barry Levinson’s “The Calling,” which landed on Peacock on November 10. It is a crime drama, the plot of which spins around an NYPD detective named Avi (played by Jeff Wilbusch) who tries to solve a murder mystery. According to Juliana’s IMDB profile, she is currently working on season 4 of the HBO series “Succession,” which is expected to be released in 2023. Besides “Succession,” she is also working with Tony Gerber on a movie titled “Everlasting Yea!” that also includes Jovan Adepo, the actor who played Cory in “Fences.” How Old is Juliana Canfield?

On February 18, 1992, Juliana Canfield (age 30) took birth in an African-American family in Washington, DC, America. While living in Washington, Juli’s father, Mr. Canfield, and mother, Danielle Parris, raised her with the best care possible. Since childhood, Canfield was interested in shows and movies, but after participating in a school play, that interest turned into love. We all know how difficult it is to find work in the Hollywood industry. At the beginning of her career, Canfield was also well aware of this, but she did not shy away and kept on giving auditions following her manager’s advice. Luckily it did not take her much time to find a role, and in 2018, she appeared playing Moon Woman in a movie titled “Plain Fiction.”

The same year she also starred as Jess Jordan in a TV series titled “Succession.” It was a black comedy-drama where Jesse Armstrong filmed Canfield alongside stars like Hiam Abbass, Nicholas Braun, Brian Cox, Matthew Macfadyen, and Kieran Culkin. Before accepting any acting job, Juli analyses the script, and to her, it does not matter whether the project is big or small as long as it has a meaningful story. In 2021, Canfield showcased her fantastic acting skills by playing Beth DeVille in a post-apocalyptic action drama, “Y: The Last Man,” and never looked back. If you follow Juli on Instagram (@julianakdc), you might have noticed her with a man named Danny McDermott. Juliana’s closeness with Dan makes people think they are dating, although neither of them ever released any statement confirming their relationship.

Moreover, we have also learned that Can always mention McDermott as her best friend. After putting everything in perspective, it appears that Danny and Canfield might not be dating and are just friends.

Ques: What is Juliana Canfield’s age?

Ques: From where is Juliana Canfield?

Ques: Who was Janine Harris in “The Calling”?

Ques: How tall is Juliana Canfield?